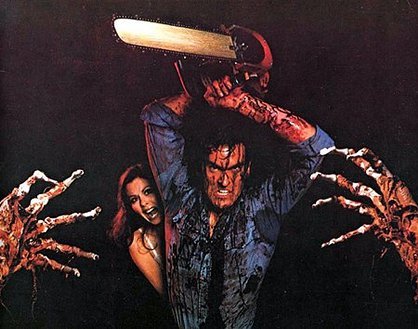 In an effort to not let the blog fade to obscurity before I begin next year's Halloween effort, I want to give a brief outline of how I made previous costumes and organise them into a neat index. So with that in mind, I will begin where the Halloween bug began - Halloween 2006.


For anyone not familiar with the legendary Ashley Williams, he is a fictional cult legend portrayed in the Evil Dead trilogy by the even bigger cult legend Bruce Campbell. For this costume you will need the following ingredients:

4) A moderate amount of cardboard

8) Two belts (or another form of strapping)

The first two are self-explanatory really; the only thing you'll need to do for the shirt is make tears in various places (have a glance at pictures on Google for reference, though it doesn't really matter if they're random tears). The gun should hopefully be straight forward, if you can find a double-barrell shotgun in a toy shop. I found one that was perfect in shape but not in colour, so had to do a bit of a paint job (black and brown, to alter its native yellow and baby blue which wouldn't have had quite the same effect).

The trickiest part of the costume is the chainsaw.  First, you have to make a square box (so the easiest way is to find a ready-made box the right size). You'll need the paint here - as above, it should be a red wine colour. The only other additions are decorative; such as the handle (which should be black) and the chord for starting her up (I used a small strip of cardboard attached to thread - in retrospect I would have used a more substantial type of string). Cut a hole at the bottom of one side, just big enough to fit your hand through. When I made the costume, before I sealed up the box, I put a handlebar on the inside of the box going from one wall to the other. When I put my hand through the hole, I could then grab hold of the bar (I made it from cylindrical cardboard, like you'd find on a roll of tinfoil or cling film) and keep the box propped up.

From there, it's time to do the chainsaw blade. This could be done in a number of ways, so the way I did it is only a suggestion. I cut out two long pieces of cardboard which I curved at the top to form the blades(see picture below) which I covered in tinfoil (not sure why I did this at the time, silver paint would probably have been as effective - though the blood-spatter paint spread nicely on the foil as it turned out). Then I cut out several small triangular pieces of cardboard which would form the teeth. I also covered these in tinfoil, and wedged them between the two blades (make the ends long enough that you can tape them to the inside of each blade). When I was finished this, I painted the blood effect on (using the same paint as the one that went onto the body of the unit). I used spray paint to get a nice 'splashing' effect, but I'm sure the same could be achieved be pouring paint on from a bottle and letting it drip.

You'll need something to hold your 'boomstick' so the next part of the costume is a holster. This will rest on your back, with the aid of a harness. The holster itself should be fairly straight forward; I measured out the gun, then built a long, rectangular shape from cardboard, pieced it together, and slotted the gun inside. If memory serves, I covered the holster in black electrical tape (for support and to save me from painting - two birds with one stone) but if I was doing it again I might have painted it black instead.

For the harness, you'll need two belts to form a criss-cross shape on your chest (see the cover of Army of Darkness, below, for reference). 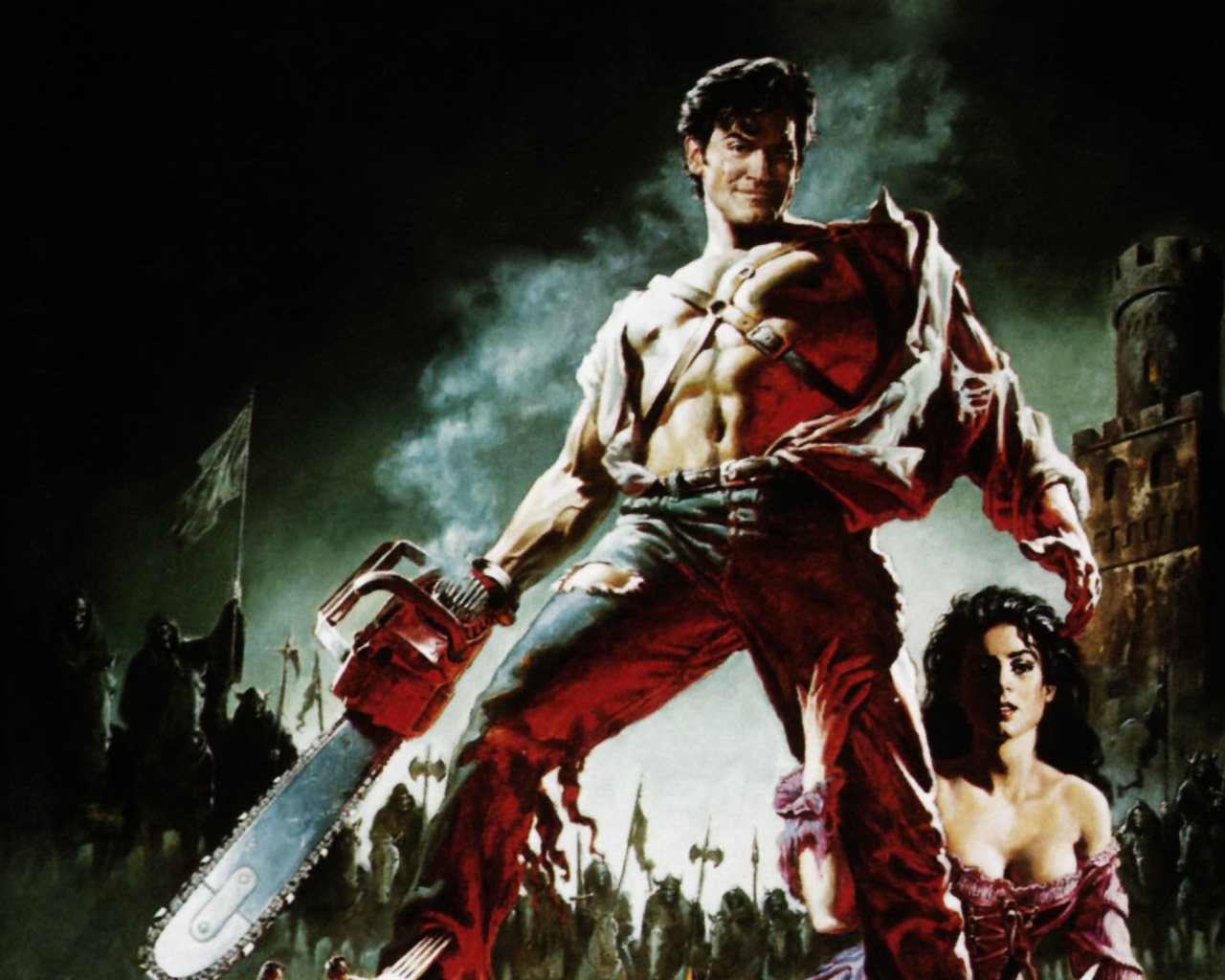 The ends of the belts should meet at the top and lower area of your back. Cut out thin slits in the holster and pass the ends through, and fasten the belts at each end. Then simply place the gun inside.

That was the lion's share of work for this costume; only a few decorative aspects remained. With your shirt on, tear random holes all over it (pants-tearing optional). When I had torn the holes in the shirt, I splattered red food dye over my skin and a couple of surrounding centimetres of fabric.

Now you're ready to kill some deadite scum. 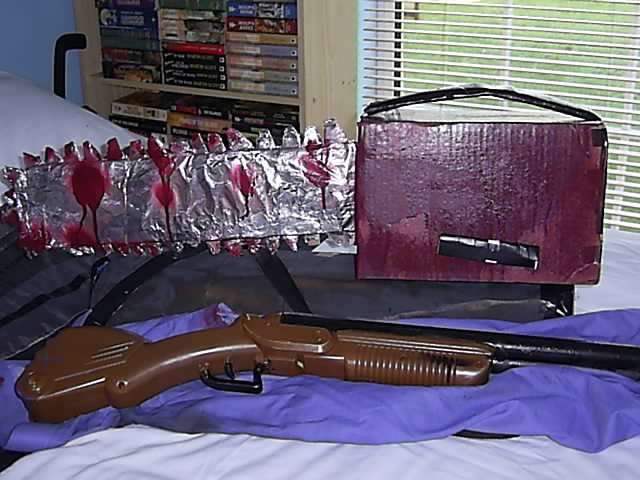 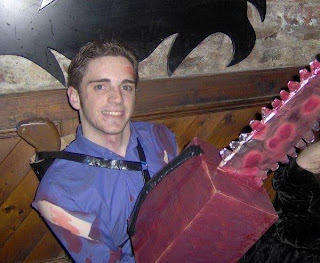